For those just joining us, the rules are as follows:

Baby 1 startles awake screaming. What's wrong? That's for her to know, and for you to find out. Or maybe not, it's all the same to her. Could be hunger, a wet diaper, cold feet, random bear attack, who knows. The clock starts now for your first leg.

Not so you can sleep... because your head hitting the pillow is the cue for the baton handoff to start leg 2. Baby 2 starts gearing up, in his own distinctive style - no hissy fits for him: he aims for maximum disorientation by alternating heartbreaking crying with occasional momentary bursts of laughter. He gets the same run-through: fed, burped, changed, sleep-sack-ed, Tylenol-ed, bounced, rocked, walked, played music...

Finally, at long last, all is quiet. They're asleep! You've won! Right? Right?

Right. Good luck getting yourself to sleep now...
Posted by Bonnie at 3:20 AM 1 comment:

I'd make some snarky comment on how a Thanksgiving blog post is pretty much required these days, except that I have so much to be thankful for this year, I can't muster up any snark. 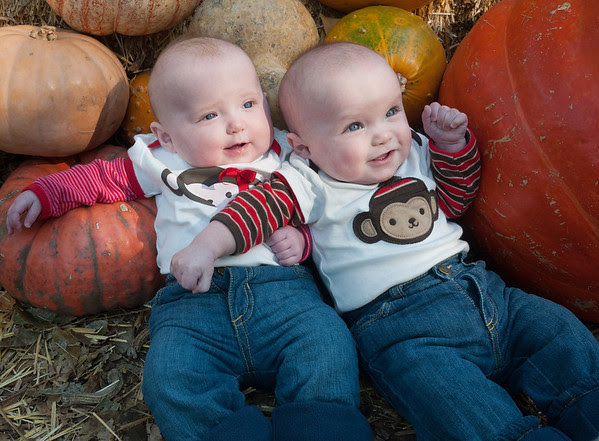 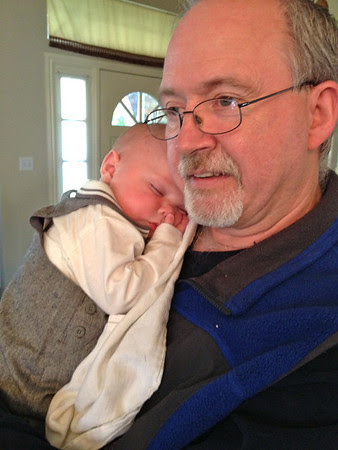 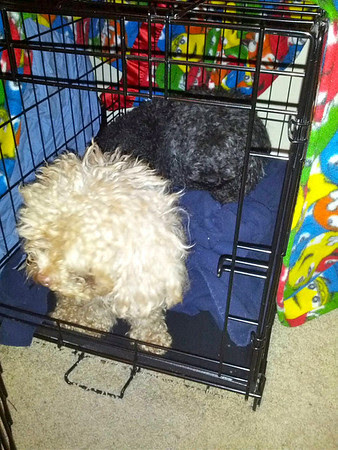 I hope, this season, that you have as much to be thankful for as I do.
Posted by Bonnie at 8:48 AM No comments:

I'm going to be really honest here. The reason I haven't blogged a ton lately is, well... things are too great. I feel like a blog post consisting entirely of "wow, these kids are awesome and totally, completely perfect" isn't very interesting and just comes across as bragging. On the other hand, the real intended audience of this blog is... them. And you know what? I want them to know, when they're old enough to read, how amazing I think they are and always have been.


One of the things I hear a lot is, "Oh, my kids/grandkids/nephews/friend's kids are twins - it does get better!" And I don't want to be smug or rude, but my truthful answer to that would be, "If it gets even better than this, I think the world might explode from too much wonderful." 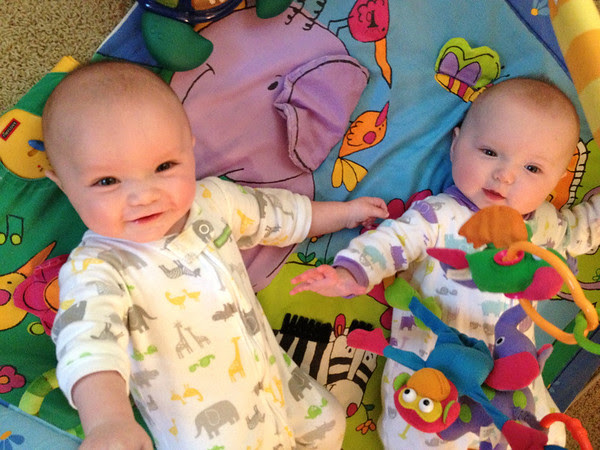 We've gotten past the stage of random inconsolable crying - I sure wished, during that time, that babies could talk! It does seem like they've gotten better at communicating - mostly by diving for whatever it is they want. When they're tired, they've made up their own proto-sign language, and they put their hands behind their heads. Occasionally that works for "all done" too - Eleanor does it sometimes when she's eating and doesn't want any more.


Steven, on the other hand, would never use it for that purpose, because he's never done eating. That boy loves his food - his only problem with solid food is that it doesn't come as fast and as seamlessly as his milk does. For the most part, Eleanor can take or leave purees - she'll try a bite or two, then lose interest.


Eleanor is more interested in Doing It Herself. She wants real food, and she wants to do it all by herself. She really wanted a corn dog at the State Fair a few weeks ago, and today during lunch, she nearly got a mouthful of eggs and salsa when she attacked my dad's taco. She did get a piece of tortilla, which she gnawed at enthusiastically. I found some little rice cracker things that she likes, because they're easy to gum and dissolve in her mouth, but she can hold them herself - she needs some practice to be able to pick up smaller bits of food.

They're just entirely too much fun, really. Steven is the happiest baby, and wants to let you know it - he goes from zero to SHRIEK WITH JOY in about 2 seconds. He finds lots of things funny - he's ticklish, and loves the anticipation of a tickle attack coming; he thinks the "so big" game and mouth noises like clicks and raspberries are entirely hilarious; and he thinks being startled is the best thing ever.

Eleanor is our acrobat - she loves to roll and scoot around, and is always using whatever's around her to move where she wants to go. We have a hard time keeping her in one place - diaper changes have become more like eel-wrestling matches, as we try to get her out of and into a diaper while she tries to roll off the table, or eat her toes, or (inevitably, every time) kick her feet right into the mess she just made. I have a feeling it's going to be a lifelong workout keeping up with her!

Posted by Bonnie at 3:52 PM No comments: