But... what about the children?

Oh, right. Those kids that I use all the diapers and changing tables for. What are they up to these days?

Well, growing like the weeds in our yard, for starters. Which is to say, we don't just get your average little dandelions and such, we get entire oak saplings that are half my height before I know it. I've started buying 24-month and 2T clothes for them (I know there has to be some difference there, but to be honest, I'm lost. At this point, I say, whatever fits works.), and although they're partly a size ahead because of their bulkier diapers, they're also just tall.

They've started really playing together, rather than playing side-by-side - there's always been an awareness of the other, but it's only recently that they've started making up games together and including each other when they play. Their favorite game is tickling - they tackle each other and say "tickle tickle tickle." It actually took me a while to figure out that word, because Eleanor uses it all the time for everything, and it sounds more like "d'ga, d'ga, d'ga."


They also like to answer everything. Phones, remote controls, baby monitors, thermometers, GameBoys, you name it - they'll hold it up and cheerfully say "Hi!" That is, unless there's actually someone on the other end wanting to hear from them - then they both act like they have no idea what this crazy contraption is that you're holding up for them.

They're getting to the age that they get frustrated because they want to communicate but don't have the words - unfortunately, that means a lot of whining, but we're working on "please" and pointing to at least get the general idea across. They enjoy swimming, and are getting increasingly comfortable with the water - I think the general goal is to have them comfortable putting their faces under by the end of the summer. They've each figured out how to blow bubbles, but don't do it very consistently.

I got a wild hair this weekend to do some de-cluttering and childproofing, and realized that the vortex of clutter in my house has been a pass-through from the playroom/office to the kitchen, where I've been arranging all the things I've taken out of the changing table as the kids have gotten more able to reach them. Thus, I had an empty changing table (which was also less stable, since there wasn't anything on the shelves to weigh it down) next to a crammed pass-through windowsill covered in wipes boxes, sticker books, an ugly Huggies box full of shoes, various toiletries, usually a half-package of nighttime disposable diapers... and all of that visible from both of the rooms we use most in the house. I would post a "before" picture, but (I think understandably) I never took any.

You can get some idea of the cluttery mess here: 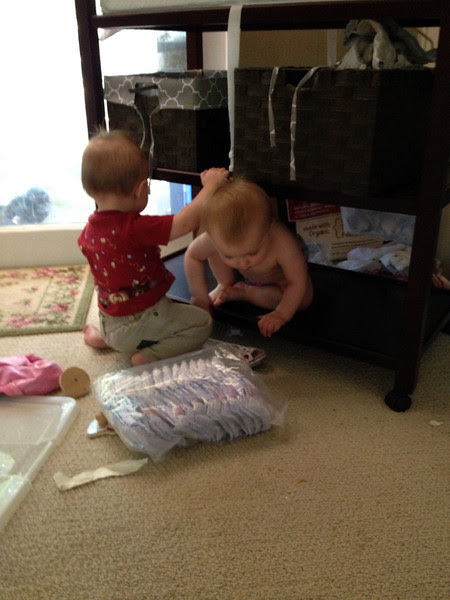 Empty shelves that they can climb on, random stuff shoved down behind it in hopes that they wouldn't get into it, diapers thrown on the floor whenever they could reach, basket liners untied because they can't keep their hands off of them...

And what I realized was that we had another changing table upstairs, with drawers that close, completely empty because we'd moved most of our changing activities downstairs.

We switched the tables, clearing up some nice space in the nursery since the open table is much smaller, and my sweet dad put child-locks and a wall tether on the drawer unit.


Now, everything is contained. 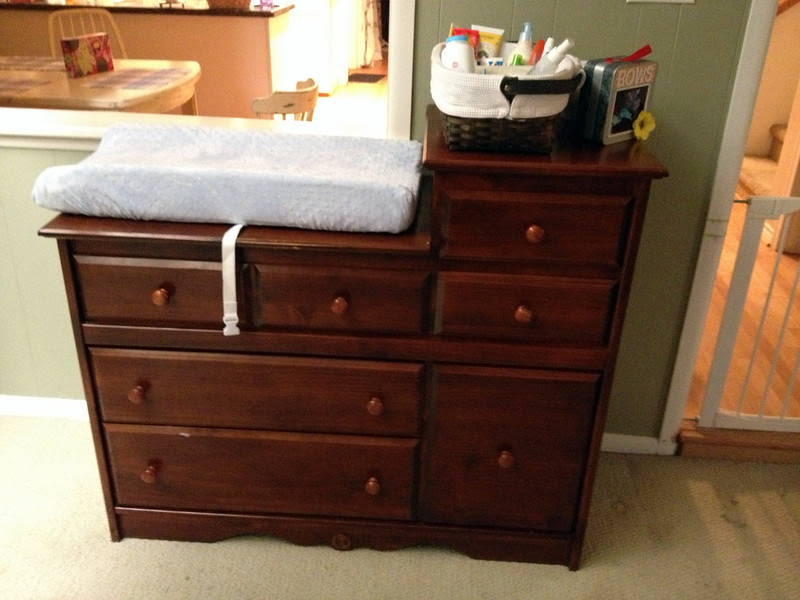 The playroom looks so much neater, as does the kitchen - I can't remember seeing the passthrough this clear since the kids were born, and that black-hole corner is empty and vacuumed for once. 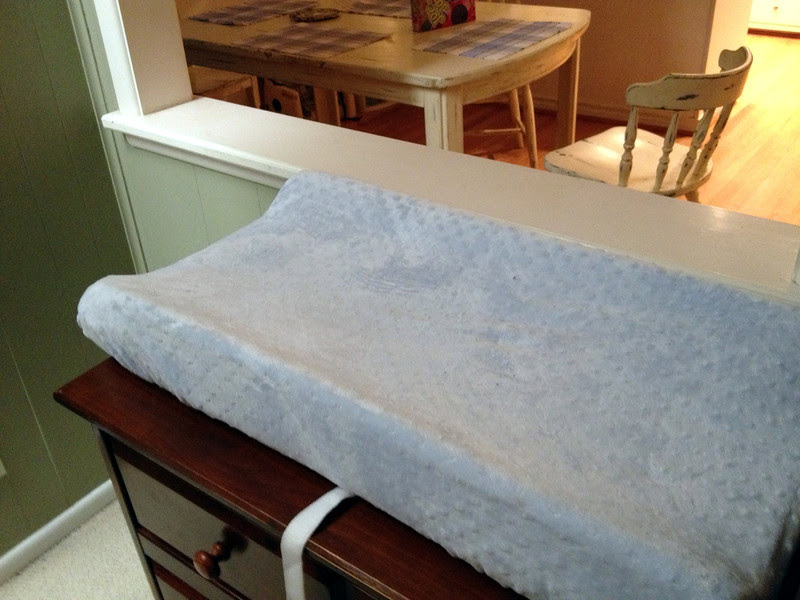 Diapers, pajamas, trash, and shoes are all stashed away in drawers where little hands can't reach them, and wipes and toiletries are easy to reach for me but harder for the kids to try to kick over. And I can have a Scentsy warmer set up where they can't pull it down (the cord is far enough behind the table) but I can actually use it - there wasn't room with the old table. 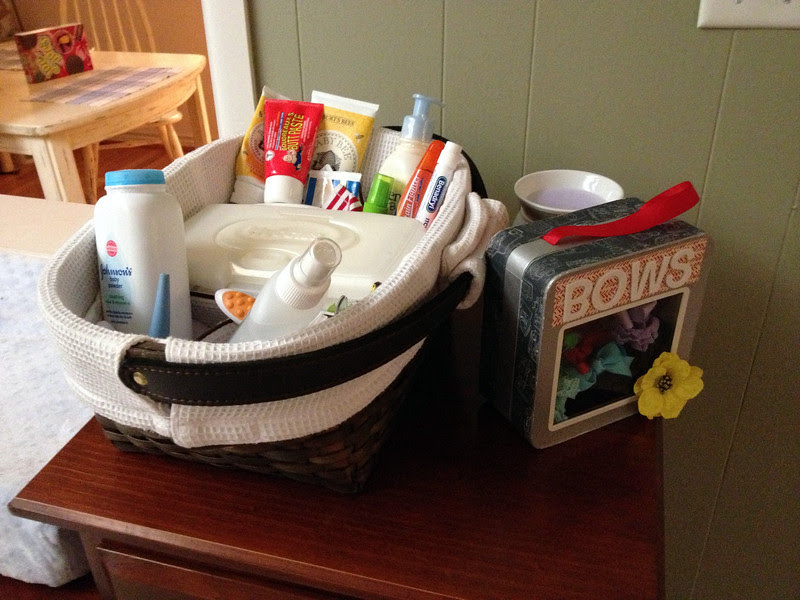 Such a huge improvement! I was a little nervous to wrestle this beast down the stairs, in case it wasn't worth it, but it really was.
Posted by Bonnie at 5:24 PM No comments:

I realize this post will be of interest to a fairly limited audience, but I wanted to put the word out there for those who are using cloth diapers or who might be interested in it.

We have a TON of different types, brands, and styles of diapers. But I have one that's absolutely my favorite. It's well made, it's super soft and comfortable, it fits well no matter what, and it's remarkably unstained considering what we put our diapers through in this house.

I picked it up at the local diaper store, and had been keeping an eye out for similar ones there, but hadn't seen any since. Then I noticed a little tag on it with a website, and looked it up.

It turns out, it's a group of Americans living in China who work with abandoned babies and orphans, and sell diapers and diaper-making supplies to help support the kids they work with. And the diapers are super cute AND super cheap! Honestly, if I saw diapers this inexpensive without having already bought one (at a markup, but I'm totally okay with that to support a local business), I'd assume they were crap quality and skip them.

So if you're thinking about starting cloth diapers, go here and order a dozen or so. Can you believe how cute those are? The one we have that's my favorite is the Dino print.
Posted by Bonnie at 5:52 PM No comments: