The truth is, I have a feeling my kids won't even notice that I did this. But it's making me feel like the meanest mommy. See, most of their toys are currently in these bins, in this closet: 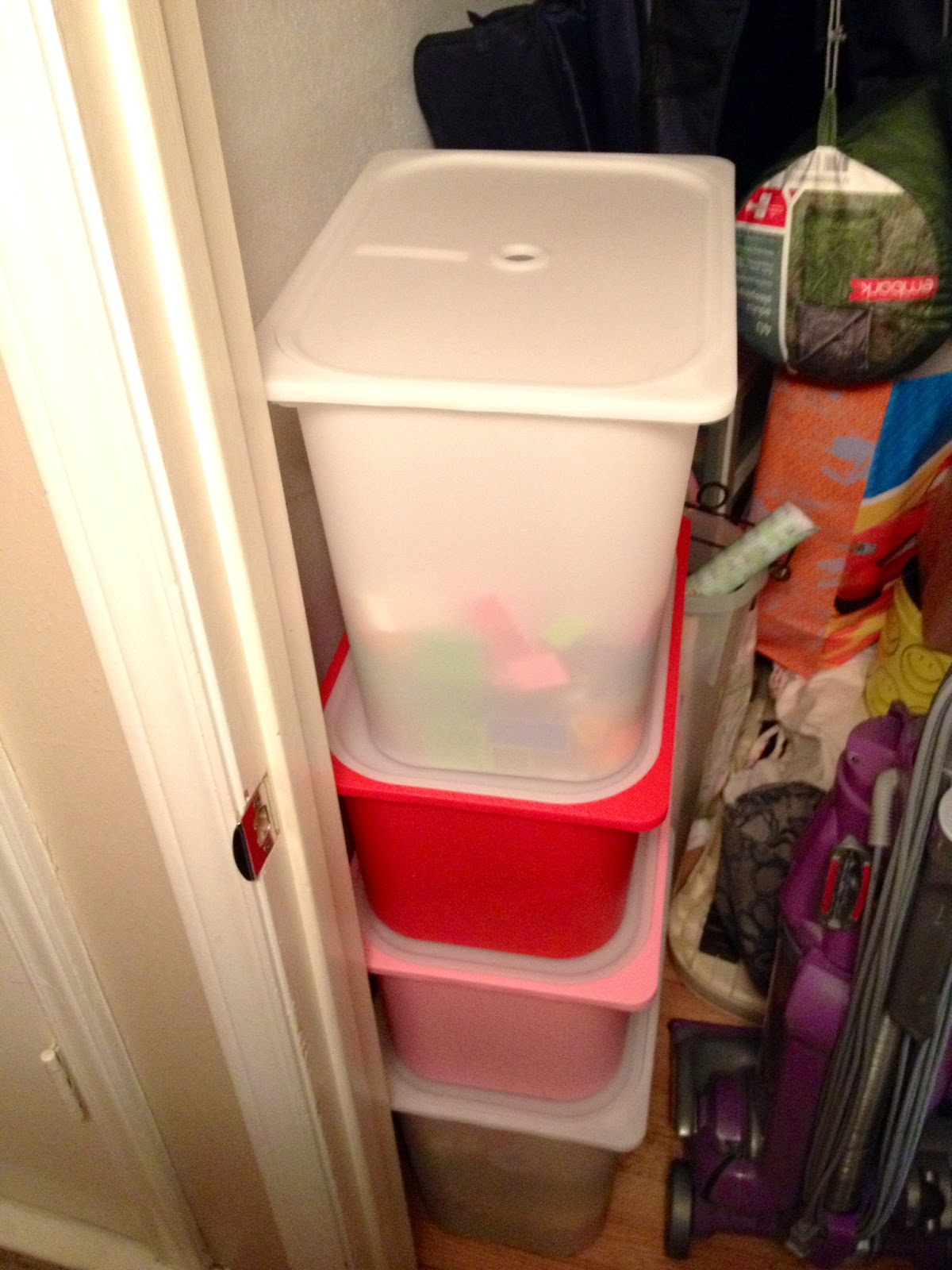 The playroom has been seriously out of control, to the point where they were having trouble walking through it. They don't really seem to play with most of the toys, at least in the way they're meant to be played with... most play in the chaos has been just sort of dumping things from whatever container they might be in, and dumping things into other things. And on a more selfish note, I've found myself moving them to a reasonably uncluttered background while they're doing cute things so I can take pictures without being completely embarrassed by the stuff surrounding them... even cropping doesn't help much any more. For instance, this was the cleaner-background-but-not-out-of-her-mind-thrilled version of the photo that I put on Facebook: 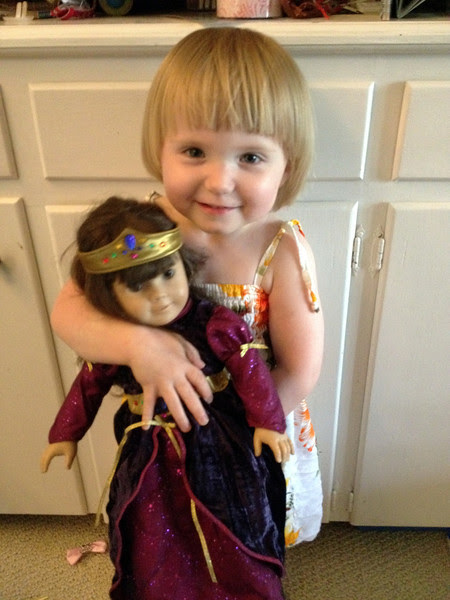 While this was the real reaction to the doll, but the floor was just too awful:

I decided to try to just... pare down a little, and contain things in a way that I can bring out a little bit at a time, and not bring out more until the first bin is put away. I actually started filling the bins while they were eating dinner, and the minute they were done with dinner, they ran into the playroom and... dumped them out. Not to get to anything in particular, but just for the joy of dumping. Sort of confirmed my plan. I recruited them to help me re-fill the bins, then spirited them away into the closet as they were filled. I did leave one bin, the cradle of stuffed animals, and all the books and crayons/paper, although I also brought down their bookshelf to see if it'll help keep them under control a little better than our previous non-system. 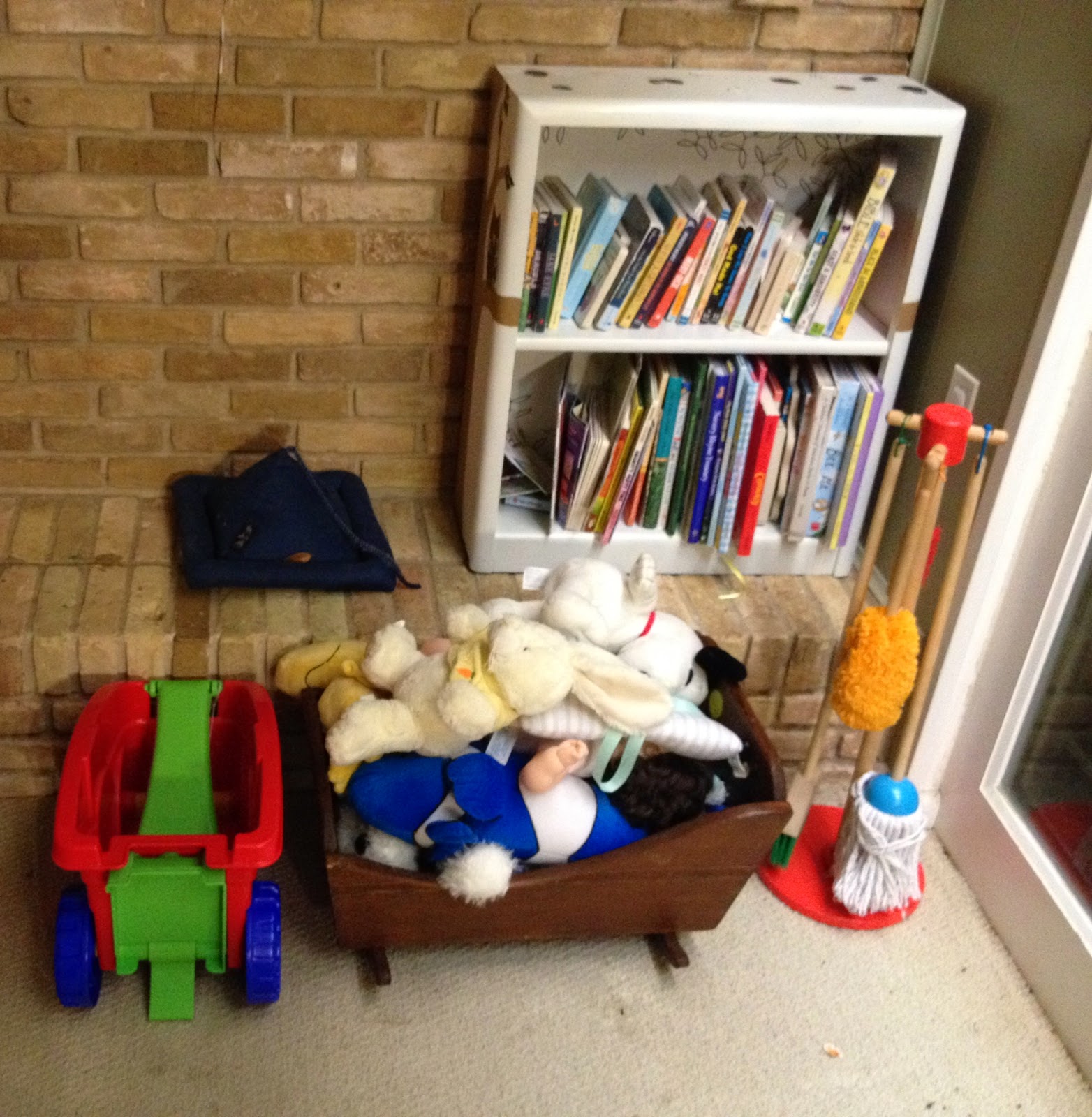 I'm interested to see whether they notice tomorrow - I honestly think there are enough toys in here they might just notice it's cleaner without missing anything.

In related news, anyone interested in a re-decorated magazine bin? It worked great for a while, and is a little shabbier-chic now, but still very cute. 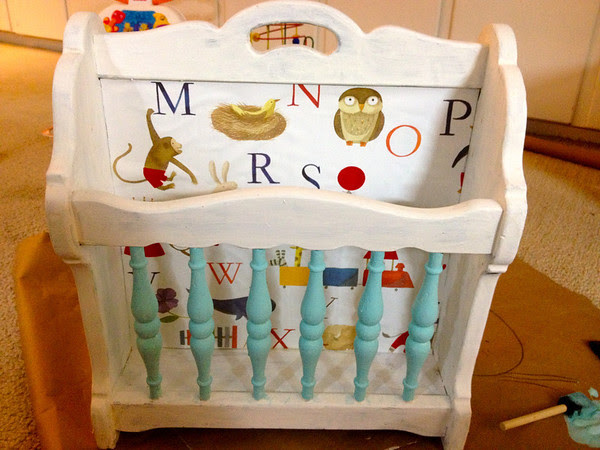 Posted by Bonnie at 9:31 PM No comments: