After about two weeks of being cooped up inside for various reasons, the kids were going a little nuts this morning, so we went to the playground. It ended up being a good morning for it - not too terribly hot, and the park is nice and shady. 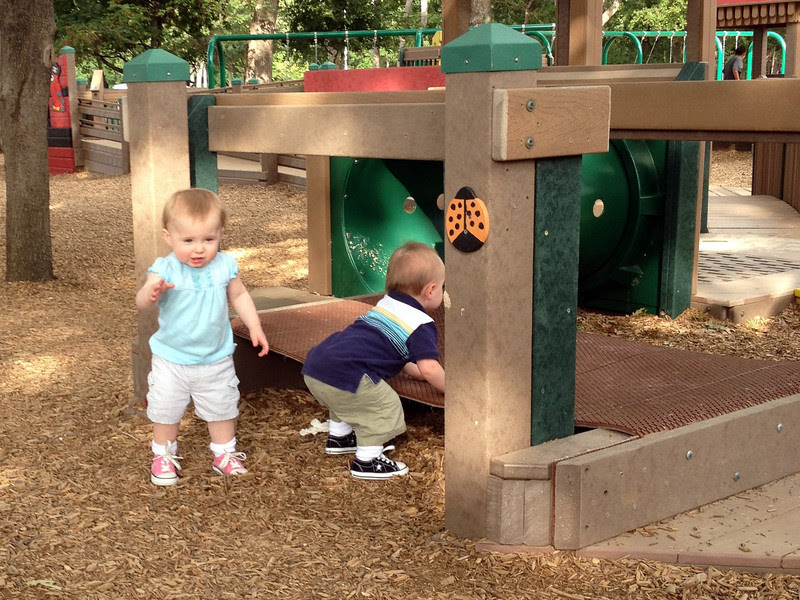 It's been a month or two since we've played at a playground, and the twins have gained so much mobility and confidence in that time. It was fun to watch them exploring in a whole new way and testing out their new balance skills. The last time we went, they were just about comfortable walking on ramps, and this time they were climbing up on bridges (like the picture above), and crawling through the tube, and stepping carefully off of steps, and climbing the slide. 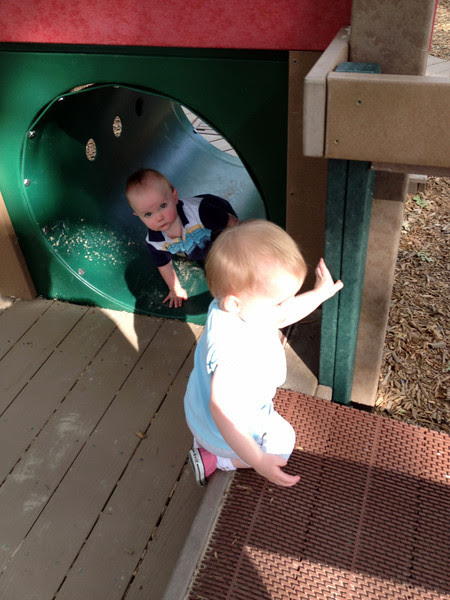 For the first time, they weren't that excited about the swings. They both wanted to swing for a minute or two, then were ready to move on to something else. 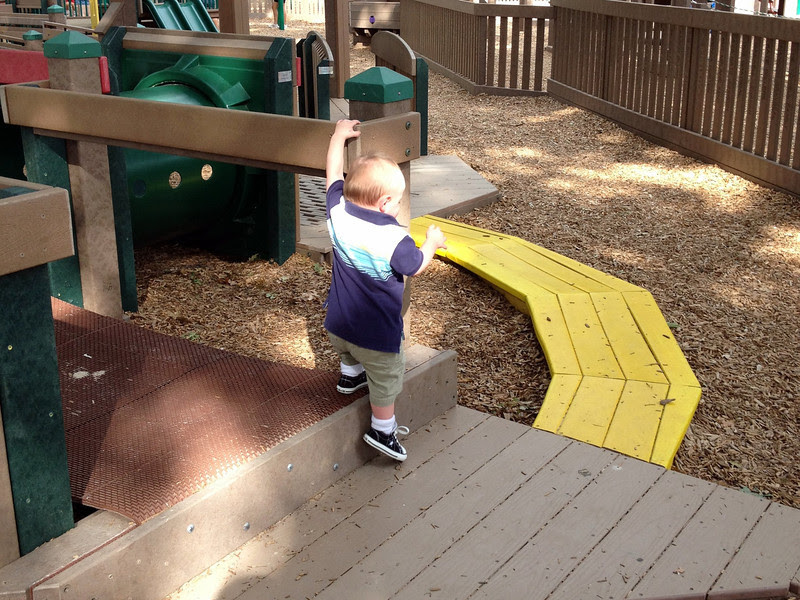 I was really impressed with how brave they were - some of the things they climbed onto and off of were different than anything they've done before, and whenever they fell, they'd just dust themselves off (or, in the case of Eleanor, wave her hands frantically to try to magic the woodchips off...) and try it again. 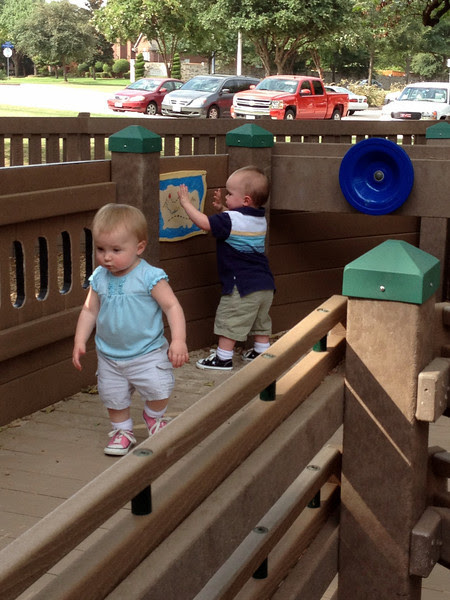 I love that this park has such a nice, fenced toddler area - it means I can let them explore and test their independence without being right on top of them all the time. 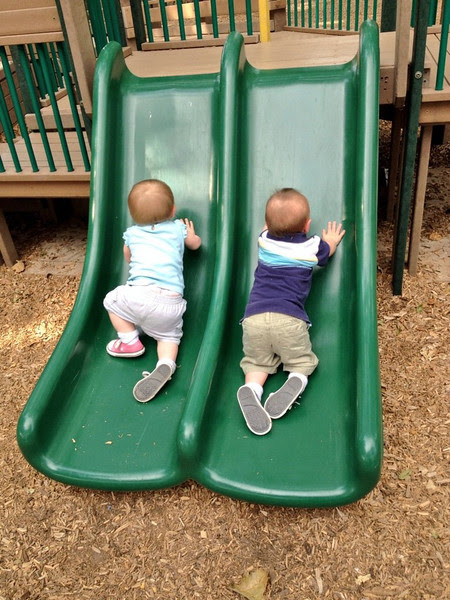 Always having a buddy to explore with helps, too.
Posted by Bonnie at 3:29 PM 1 comment: