Some people have expressed doubt that my kids ever talk - they do get quiet at church and in crowds, so only family has really witnessed the constancy of their chatter.

Welcome to a little taste of my day:

My kids' first "name" words, besides Daddy and Mommy, were Sadie and the name of their beloved foster cousin.

Do they miss Sadie? I honestly don't know. I think they noticed that she's not here any more, but she didn't interact with them much, and I'm not sure that it's really affected them in any way.

Their cousin, though... he was one of the first people they really noticed. He was small, like them, but even less mobile and had awesome hair. They've always been fascinated with his hair - when they were first starting to crawl, they'd make a beeline for wherever he was so they could touch his hair. I mean, it's not like they had much (any) of their own...

They loved seeing him so much that I made a little quest of finding them a soft, cuddly doll with his coloring and, especially, similar hair. We called him Baby until one day Eleanor proclaimed him to be named after Little Man. 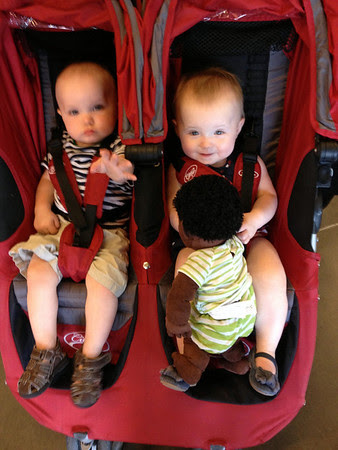 She loves her "Baby Little Man" almost as much as the real one - their cousin is their little buddy and partner in crime in every way. I think sometimes it's hard for twins to integrate another child into their way of playing - I guess that's probably true of all toddlers, but sometimes it's more surprising of twins, since they're so used to playing with each other. But a lot of the time, if we add another friend to the mix, they just don't know what to do with them. Even the things they do together every day are just different when they try to do them with someone else.

Not with Little Man, though - he's their third amigo, their third musketeer. They do things together, and don't get mad at each other, and every time they see him, or a picture of him, or his namesake doll, they shout his name gleefully. I frequently wake up to hear them over the baby monitor, having lengthy conversations with each other and imaginary Little Man. 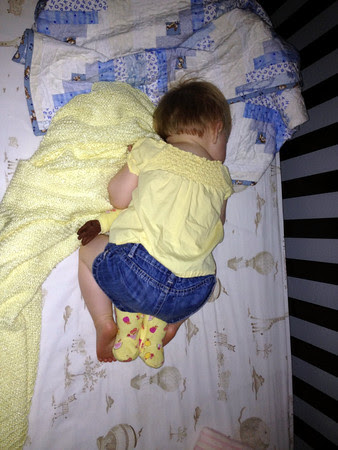 Now, though, it looks like it'll soon be time to say goodbye. I'm not sure how to do that. I'm not sure how to do it for me, as an adult, much less how to prepare or explain it to my babies. A part of me wishes that they had a little more language comprehension, so I could explain it, but another part of me thinks... I don't even have the language to explain it yet. As they get older, I know I'm going to have to find a way to help them understand fostering, and why their cousins might come and go, and why we love them just as much whether they're here for now or here forever. I do wish they had the language (and who knows, maybe they do and we'll find out) to let us know that they miss him. Will they miss him? Yeah, I really think they will. They'll have other cousins and other foster cousins, and other best buds, but for right now, for this season, it'll be incredibly hard for all of us to say goodbye.
Posted by Bonnie at 8:56 AM No comments: 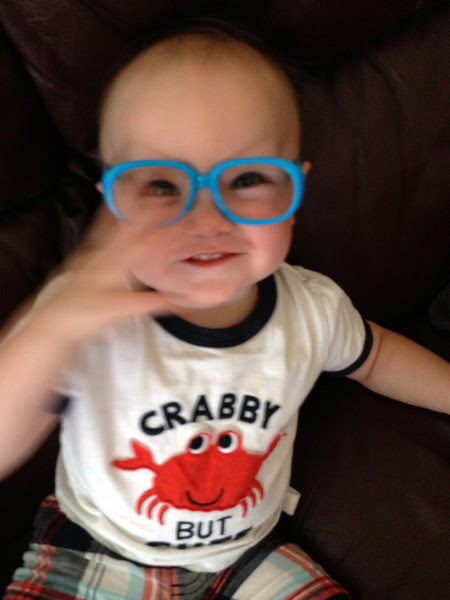 A kid who's learned to tell the first part of a knock-knock joke, that's who.

I don't think he knows it's a joke yet, though.

The kids are both just blowing me away these days with their newfound language skills. For a lot of things, we only have to say a word once and they can repeat it back, even days later.

That, by the way, turned into the first official sentence - he ran up to Daddy, held up his arms, and said, "Nump me! Nump me!" 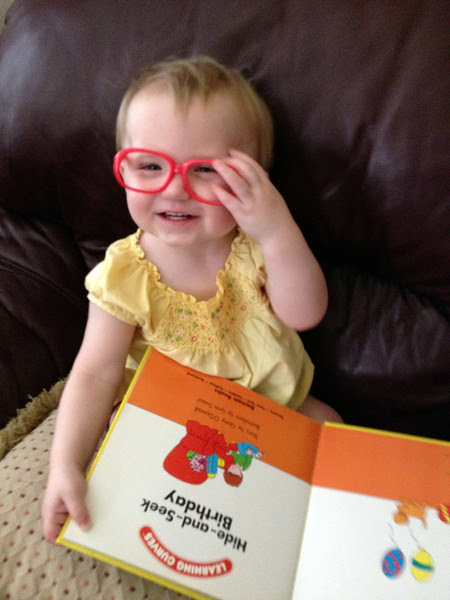 They can both point to most of their body parts if you ask, although we have some confusion regarding ears and eyes. See, they picked up early on that people answer the phone by saying "Hi!" - except they heard and repeated it as "Eye!" and would go around picking up anything vaguely electronic or remotely shaped like a phone, or just their hand, hold it up to their ear, and say, "Eye!" 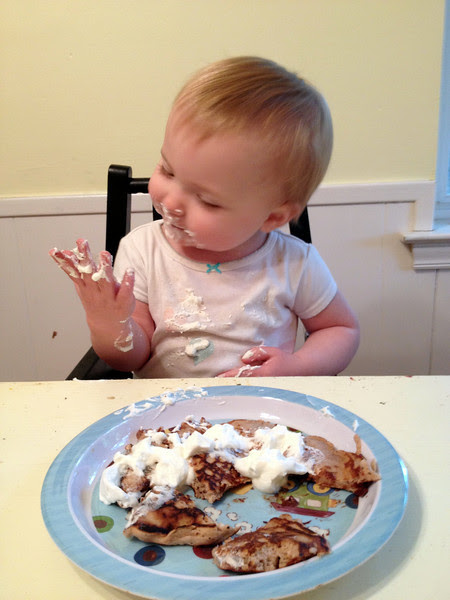 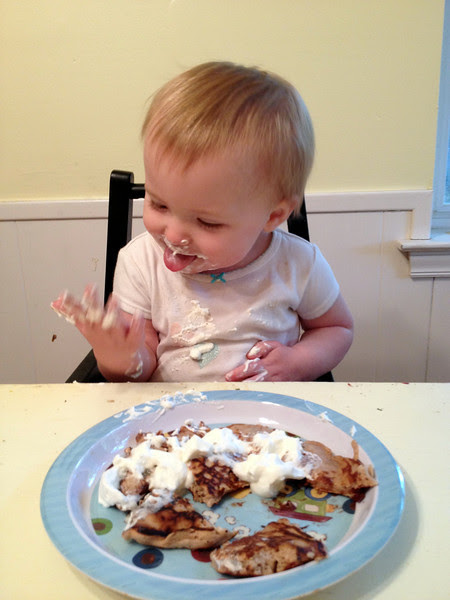 So you can understand the confusion when we started telling them that the part they were doing that with is called an "ear," and that there's another part called "eye," which is close to the ear, but isn't the ear. But you still say "Hi" when you answer the phone.
Their imaginations are just going a mile a minute, and I have so much fun watching them play pretend and find new uses for old toys. 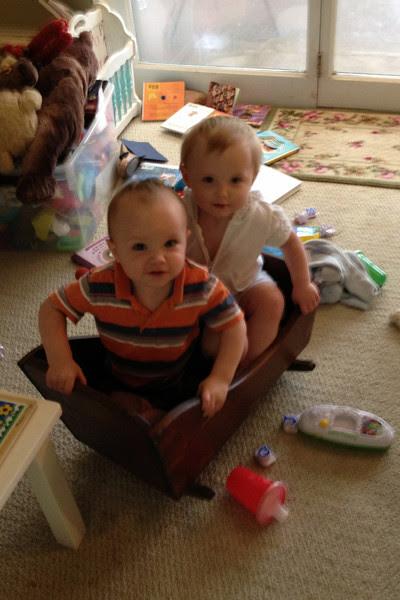 They come up with incredibly creative ways to use their newfound language and to communicate in other ways, too. "Bye-bye" was an early acquisition, but recently they've started using it not just to say goodbye when someone leaves, but to indicate that they want to "go bye-bye" from wherever we are. They use it as a question if we're in the playroom and they want to go in the kitchen or back yard, they use it if we're at someone's house and they want to know if we're going to be leaving or if someone else might be, they use it to ask where we're going if they see me start to get the diaper bag together. 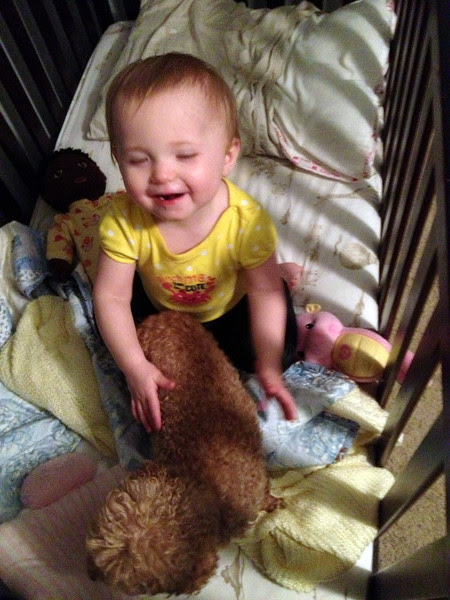 They're also learning quickly how to be gentle and play with dogs. Our older dog, Sadie, got sick very suddenly last week (or at least, it seemed more sudden to us than it was - the vet said she hid it very well) and we had to make the awful choice to let her go. Our younger dog Miles hasn't been quite sure what to do with himself without her around, but he and the kids are learning to play together and be gentle with each other. 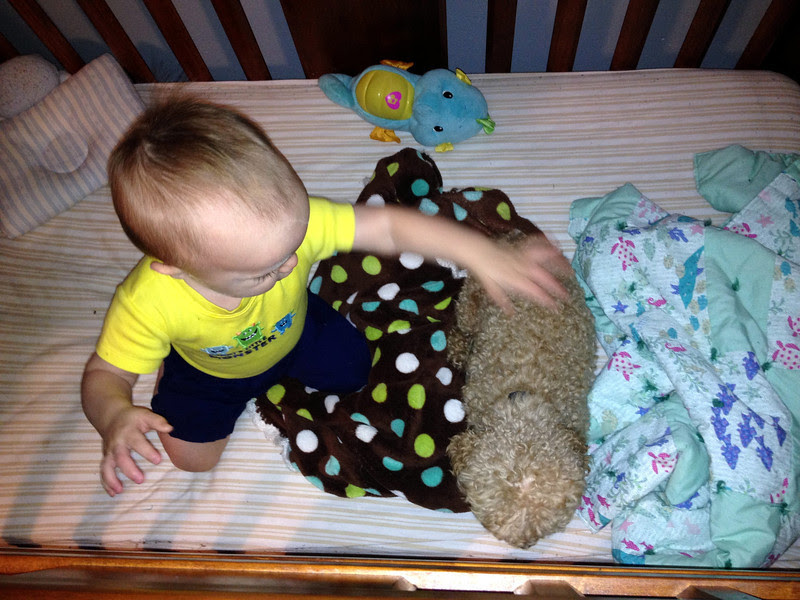 We're also dog-sitting a sweet girl with a very different personality from Sadie, and she's very sweet with the kids, which is giving Miles and the kids a different model of how to interact than they're all used to. She actually sits patiently and waits for the kids to approach, and brings them toys to throw, and doesn't run away when they come running, and they seem to be really enjoying this different way to treat a dog. I think Miles has always been inclined to be friendlier with the kids, and now he's seeing a model of how it works. It seems like the dog-sitting came along at a really good time as we're all figuring out how to deal with the Sadie-shaped hole in our family. 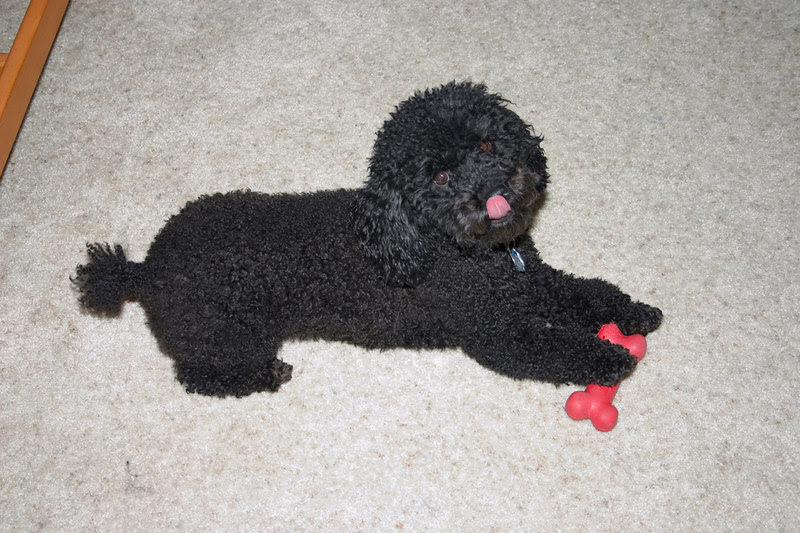 It is a pretty big hole, though.
Posted by Bonnie at 9:48 PM No comments: