We're entering a really fun stage, where both babies are getting more and more interested in the world around them, and reacting in really entertaining ways.

I posted this video to Facebook yesterday - I've been setting them on the play mat regularly for a while, and usually they'll kick and flail just because it's what they do, but they've started actually grabbing for toys intentionally, and it seems like they're actually having fun doing it.


They've also started discovering their hands - Steven's pretty much given up the pacifier, because he seems to be pretty sure there's something awesome he can do with his thumb, but he can't quite figure out yet how to get it out of his fist. He spends a LOT of time trying, though.

My favorite thing right now is the combination of those two things. Steven really enjoys sitting in his jumper/exerciser, because it's tall enough to help him sit upright, and he can see what's going on in the back yard. Yesterday he started eyeing the toys surrounding the seat, and today, after I'd put him in it, I heard a sort of rattling thud.

I looked over, and he'd apparently toppled over forward, bumping a rattle with his head. I started to get up to help him, but he wiggled himself back upright and... did it again.

His arms were sort of tucked down beside him, so I thought maybe he couldn't get them out - I pulled them out, and he waved his hands at me, looked around at the toys around him, tucked his arms back down, and did another nosedive for the rattle.

His determination is cracking me up - he hasn't quite figured out what arms and hands are for yet, but he sees the toys and desperately wants to play with them, so he puts the arms where they can't get in the way, and wills himself to play with the toy in front of him.

I love my Jedi baby.
Posted by Bonnie at 4:33 PM No comments:

I've had a post started for something like 2 weeks now, and finally decided to let it sit and move on to something else.

I can't really think of much else to say, though - things are going well, we're hitting our stride in terms of routine (which includes a Baby Witching Hour mid-morning, where everybody gets a little crazy, but I can usually head that off with a car trip somewhere), they're both getting more and more smiley and social (to a point - Steven can be shy in crowds), and we're learning who prefers which toys. Eleanor likes the play mat, where she's getting better and better at grabbing the toys over her head, and Steven loves the exerciser/jumper thing. He's way too small to actually jump - his feet are a good 6 inches off the ground even at the lowest setting and he can't reach the toys yet - but it's deep enough that he gets enough support to be able to sit up and look around. He loves it when I set it up facing the window, so he can watch what's going on in the back yard, and I got my first almost-laugh out of him the first time I made it bounce.

A little roundup of my favorite pictures lately: 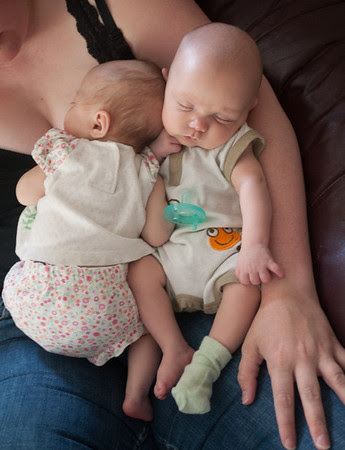 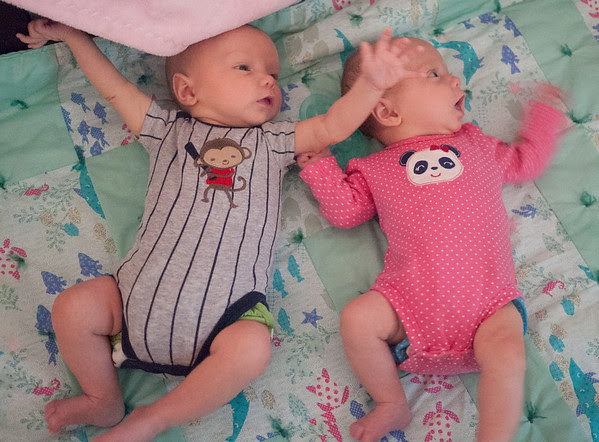 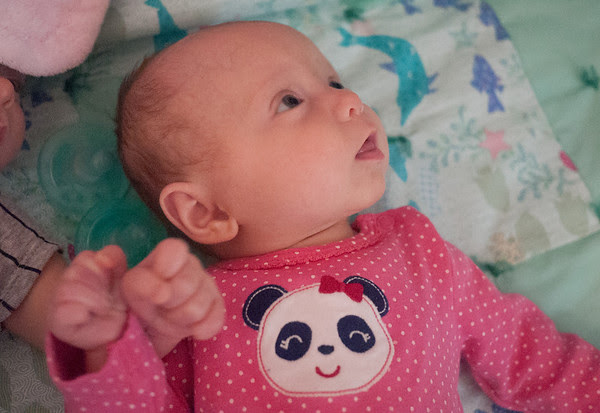 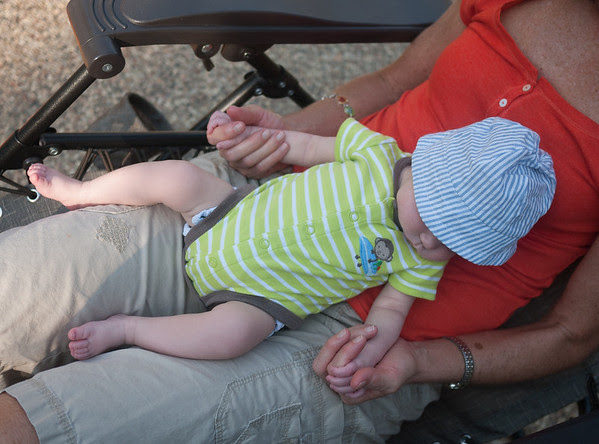 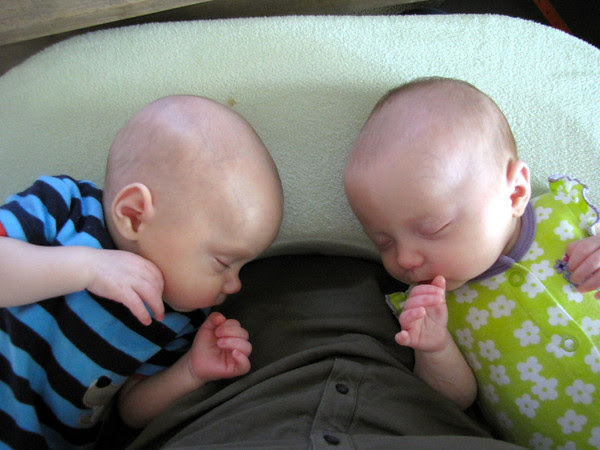 Posted by Bonnie at 6:15 PM No comments: