I haven't really been in this game long enough to know much, or to have used many different types of any given product, so this may be an ever-evolving list. But for now, I thought I'd make a list of things we're finding we can't live without, or particular versions/brands of common products that we prefer. For future reference, or in case anyone reading is having a baby and wants to compare lists. (The main one that I've been referencing is Amalah's Ultimate Master List.) 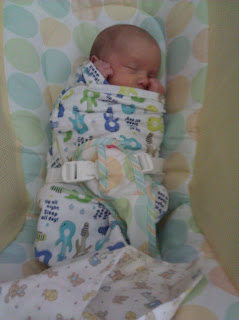 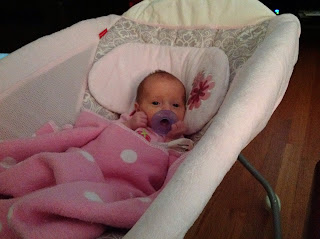 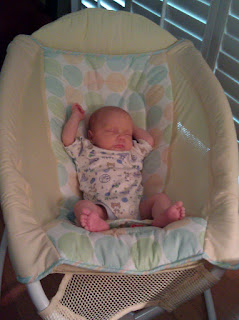 (I figured a cute bathtime picture would be much more appreciated than a picture of a watering can. You know what a watering can looks like.)

I'm sure this list will expand as they get older, but for now, these are the things we've found really useful and necessary in these first couple of months.
Posted by Bonnie at 1:26 PM